About the time Christopher Columbus arrived in what he considered the New World,  more than 1,000 people lived in this plain along the western shore of the Missouri River in what is now southern North Dakota. They were the forerunners of the Mandans. They were a well-ordered agrarian society who lived in earthen lodges. 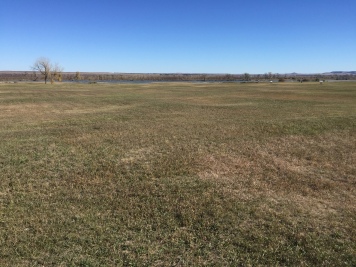 They eventually moved upriver; then farther upriver. Their descendents were living near where the Knife River feeds the Missouri about 60 miles north of this spot when, in the fall of 1804, the Corps of Discovery arrived.

Follow End of the Road and Turn Left on WordPress.com

Follow End of the Road and Turn Left on WordPress.com
Hiking Girl with Dog

A Blog for the Contemplative Angler and Outdoorsperson